Getting Betta All The Time

Betta fish are a gateway drug. They don’t warn you, but it’s true. “Oh, just get this fish. He’s only six bucks, and he can live in this softball-sized jar.”

Then you learn: they’re not supposed to live in a softball-sized bowl. Here’s a 2.5 gallon tank. Oh, and now you need a tank heater. And here’s a filter because they really should have that. He’s bored, so get him some tank decorations. And a plant. Betta pellets are good food, but these bloodworms are tastier and better for him. And by now you love him so you want more fish. 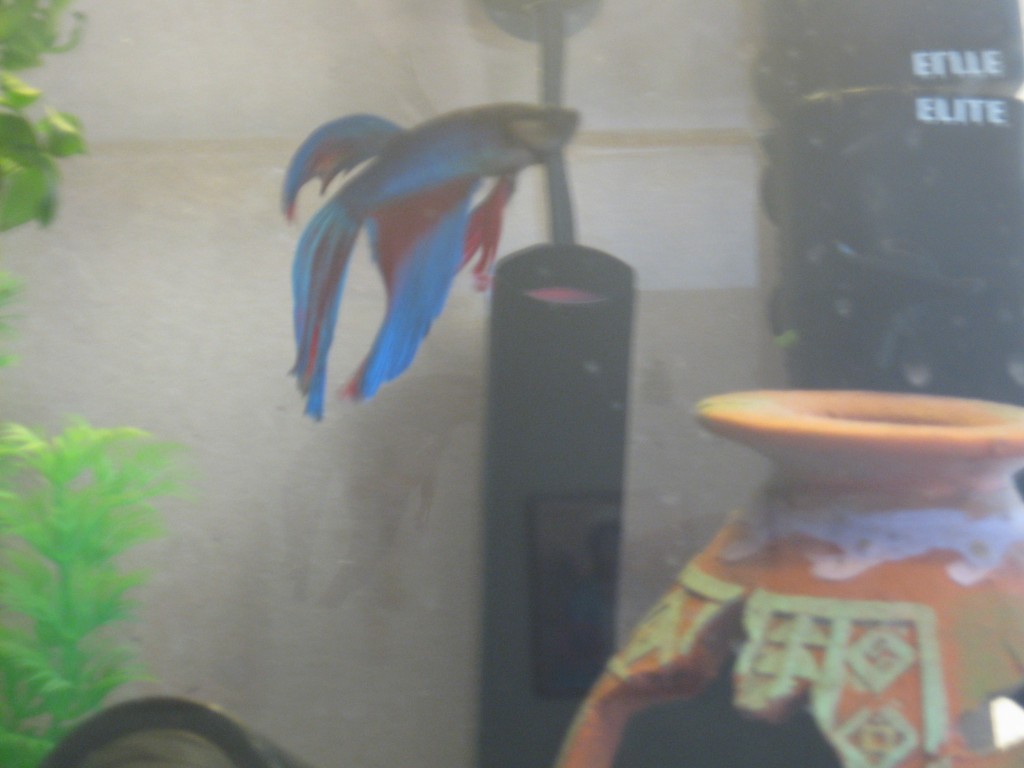 You remember Bubbles. Bubbles successor is Señor Pez, who happily has not succumbed to the same fate. And you also remember my cardinal tetras (who are still one-two-three-four-five-six). They were joined by two amano shrimp and later by six celestial pearl danios. That left room for one more addition in my twenty-gallon tank.

Meanwhile, Kiddo3 decided he wanted a fish; you read about Buddy yesterday.

I’d tried putting Señor Pez into the big fishtank, but one of the cardinal tetras is a huge bully. She nipped him twice and then he huddled on the gravel in abject misery until I removed him back to his original tank.

(Just so you know, it’s possible to be unreasonably angry at a fish only an inch long. I gave the bully a Severe Look. She was not ashamed.)

But since the cardinals were okay with the danios and the shrimp, I eventually decided to get (what else) even more bettas for the community tank. Females, this time. I researched female bettas so I knew what to expect (and just for a laugh, I read about breeding bettas, something I will never do because I don’t want 200 jars in my house.) Females need to be in odd numbers. They have less finnage and are not as aggressive with each other as the males are. I went to the fish store where they had exactly four females in one tank. I bought three.

Oh, just get this Betta fish. So simple to care for! He’s only six bucks, and he can live in a jar!

Two days later, as I watch one of the females blow a bubble nest and put on a finnage display while the other two make vertical breeding bars, I think. I remember that article ending with “and then you need to put 200 betta babies in individual jars,” and I have myself another good think.

I start googling. Eventually I go to my Facebook group for bettas, and I say, “So what are the odds this female betta is a short-finned male?” 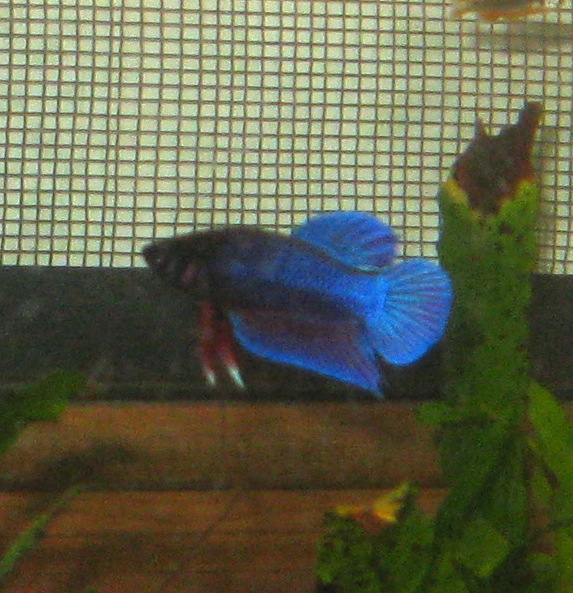 Within thirty seconds, someone said, “Male.”

Fortunately I have an extra tank. Mr. Sneaky was really, really depressed at being suddenly alone, probably for the first time in her…I mean his life. I said, “Anyone want a betta?” My Patient Husband assured me that we don’t want to fill our house with fishtanks and my daughter didn’t want him.

The next day, I went back to the fish store, gave the guy back his male fish (whom he can now sell for more money) and he gave me what is undeniably a female.

Fish Store Guy: “He’s gorgeous. You should keep him.”

Me: “I can’t fill my whole house with fishtanks.”

Fish Store Guy: “Well what else are you gonna fill it with? Hummels?”

Later on my daughter said, “What’s a hummel?” But I wrestled with guilt the whole time. This poor fish, being punished for no reason other than he’s a male and male bettas are vicious, aggressive and nasty to other males and tend to breed with females to make hundreds more of themselves.

Now we have three females, and they get along okay, except for a problem I’ll blog about soon. 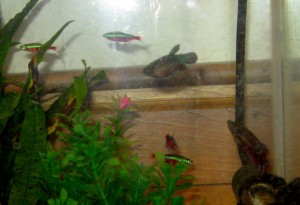 Two days later, Kiddo2 says, “You know, I want a fish after all.”

So simple! He’s only six bucks and he can live in a jar. Go on, try.

They should give away the first fish for free.