Some updating now that we’re here

Okay! Let’s get back to the business of blogging (by which I mean “writing a blog post more often than I go to the grocery store.)

First, I’ve got a new book out! It emerged from the depths of pre-publication while I was in the middle of one solid month of everyone in the house being sick, so I didn’t write about it at the time. Kerchoo. But here it is, and I’m thrilled. It’s the follow up to An Arrow In Fight, Seven Archangels: Sacred Cups

. Check out the beautiful cover by Charlotte Volnek: 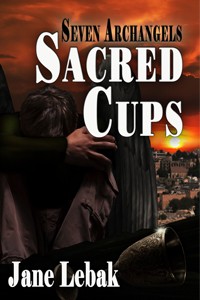 I haven’t sent anything yet on the mailing list, but I promise I won’t be too annoying with it. It’ll mostly be announcements of new publications, sales, special offers, and requests for advance readers. With the occasional tale of mischief and mayhem thrown in because while I don’t want it to be annoying, I also don’t want to be boring.

Robin Mason interviewed me over at Robin’s Nest 212, talking about books, cats, and my daughter Emily Rose.

And finally, I’ve still got a lot of knitting going on, including a ridiculously complicated sunflower shawl that’s going to take about a mile of yarn and 3000 beads to complete. (That’s the swatch in the pictures.) I think I lost my mind while I was sick and just desperately needed to take a strike at winter. That one won’t be done any time soon, but in the meantime I’ve got these: 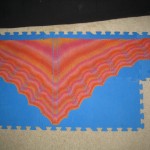 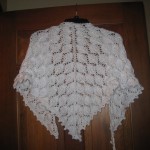 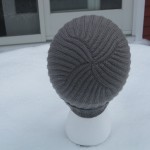 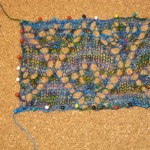 And that’s it for now. It’s good to be blogging again. Tell me how you’ve been!