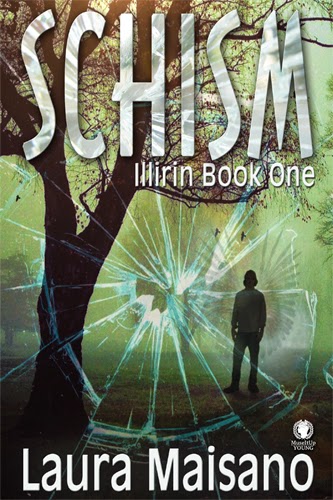 Art therapy hasn’t done squat for Gabe Jones. A thousand sketches of his fiancée can’t bring his memory, or her, back to him. Nothing on Earth can. His past lies in another dimension, a world just out of sight.

Another student on campus, Lea Huckley, unknowingly shares Gabe’s obsession with the fourth dimension. The monsters from the other side attacked her parents and fled, getting her folks locked up in the loony bin. Proving this other world exists is the only way to free them. Lea and Gabe strike a deal to help each other, and together they manage to open a door to the world of Gabe’s true origin. She’d use him for proof—if she didn’t already care too much.

While Gabe tries to reconcile his feelings for Lea and his rediscovered memories of his fiancée, a much more sinister plot unravels. He uncovers his history just in time to become the unwilling lynchpin in a conspiracy to start a war. His memory holds the secret to the final riddle the would-be conqueror needs to get the upper hand. Gabe must protect the riddle at all costs, even if that means leaving Earth, and Lea, forever.

Lea packed light. Other than her phone’s GPS and a flashlight, she kept a small notepad, her lucky pencil, and the thermometer in her cargo pocket. She didn’t need to find data; now she needed proof.
She led the way down the alley where skyscrapers blocked the glowing moon and the lamps
from the highway. Yellowed fixtures above each back entrance threw faint cones of light onto the cement, like holes in Swiss cheese.
Lea checked the coordinates on her phone while she walked, and the little red arrow crept closer to the flag icon she placed to mark the interaction point.
Gabe spent his time surveying the area for anything that might be a danger. He kept fidgeting behind her and turning around every few seconds, a twitchy meerkat on patrol.
“We’re only between buildings. It’s not the end of the world.” Lea checked her phone again to make sure they were headed in the right direction.
He glanced over his shoulder. “I still don’t like it. It’s night, people do get mugged, you know.”
“The statistics of that are so low. We’re really not in any danger, considering the population and how many times that sorta thing happens.”
He shifted uneasily behind her. “Whatever, we’re raising the chances by being out here at night.”
Lea rolled her eyes. “I’m not missing this opportunity.”
“I know that. Neither am I.”
“Good.”
They came to a cross section behind two major offices where the loading docks and dumpsters sat for both of them. A stream of water trickled down the concave cement into the large sewer grate. Old garbage left a fume hanging around, and the humidity only made it worse.
Lea double- and triple-checked her coordinates, cross-checking with her notes. “This is it. Within I’d say, a fifteen foot diameter, low to the ground.” She shoved the phone in her cargo pocket. “Perfect.”
“How long?”
“Roughly ten minutes.”
Ten minutes may as well have been six hours. She paced back and forth, her sneakers scuffing the gritty pavement.
Gabe continued to keep a watchful eye out for muggers or vagrants. What a dork.
She snickered quietly. For someone who didn’t know his own experiences, he sure seemed paranoid. She watched him standing straight, darting his eyes to the entrance and even up to the windows above them. Watch out bad guys, Gabe’s on to you. She smiled and turned to see what looked like heat waves rising from the cold cement. Crap. The interaction had already started.
“Gabe…” She waved him over next to the loading dock.
This interaction provided no shining lights or obvious movement. Not much stood out visually, except maybe the air glistening like summer heat waves if she squinted hard enough, but her digital thermometer found the coldest point.
“Here,” she whispered, not wanting anyone or anything on the other side to hear. She stretched her arms forward, and Gabe did likewise.
“On the count of three.” She waited for him to nod. “One…two…three.”
They both reached through the interaction point and grabbed at the thicker air. Nothing. They tried again, pulling, grasping, and making any sort of motion to trigger a rip. Finally, Gabe leaned in and pulled out at just the right angle, because the light tore across like a jagged line. Lea grabbed the edge of it and tugged, opening the tear wider until they both fell through.
Buy Schism atAmazon, Barnes and Noble, or MuseItUp Publishing. Add at Goodreads!

Laura has an MA in Technical writing and is a Senior Editor at Anaiah Press for their YA/NA Christian Fiction. She’s excited to release her debut YA Urban Fantasy SCHISM, and she’s finishing up the sequel UNITY.
Her gamer husband and amazing daughter give support and inspiration every day. Their cats, Talyn and Moya, provide entertainment through living room battles and phantom-dust-mote hunting. Somehow, they all manage to survive living in Texas where it is hotter than any human being should have to endure. Check out her blog at http://LauraMaisano.blogspot.com.
Website: http://www.LauraMaisano.Blogspot.com
Twitter: @MaisanoLaura
Facebook: https://www.facebook.com/LauraMaisanoWriter